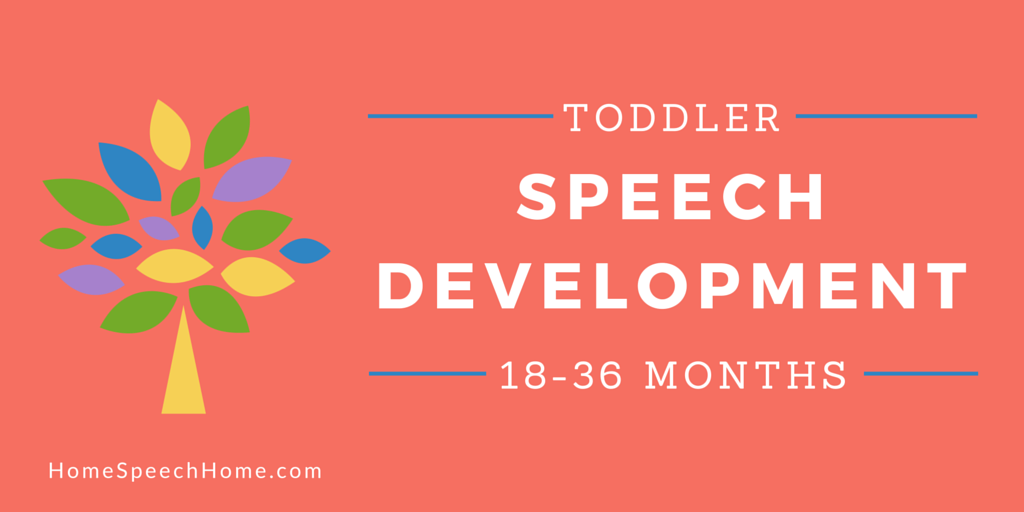 Toddler Speech Development:
What to Expect

Toddler speech development: Your child uses speech and language that will continue to surprise you everyday.

At this age your child has learned a T-O-N of words and phrases from you...

When my daughter was 21 months old my wife and I couldn't believe how much she started picking up from us.

One day my daughter and I went to get the mail. After we had picked up the mail.

She turned around, held up her arms, and pointed to the left and right sides of the street.

She then shook her head left and right (like she was saying "no") and said...

I had been trying to teach her to "Look both ways" for cars for 2-3 months, and then she said it completely on her own. It was one of my proudest moments as a dad.

Of all the stages of speech development this one is my favorite. Notice that some of them can happen after 30 months too.

By 30 months you should be able to understand close to 80% of what your child says.

Many of their sounds are coming but they have some room for growth.

At this age, it is important that you don't correct them a lot...

...about 1 time for every 3 times they say a sound incorrect.

My favorite example at this age...

...my little girl used to come into my bedroom almost every morning and say, "Dad, can we go downstairs and have break-dast".

She didn't quite have her /f/'s at this age.

So, I would have her look at me and then I would model it once or twice for her.

But that's it. If you correct your child too much at this age...

...you can make talking a negative experience.