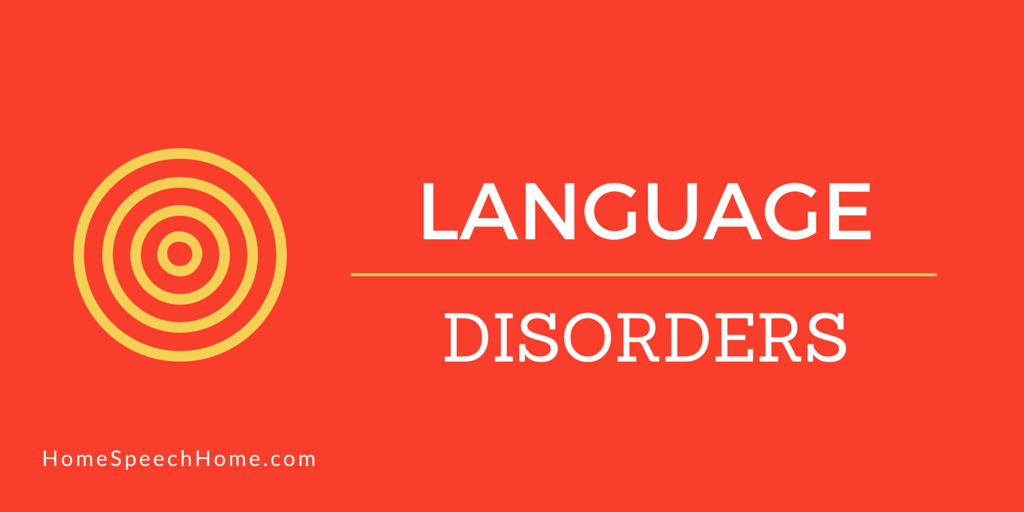 Is It A Language Disorder Or Something Else?

What is a Language Disorder?

Similar to speech disorders, language difficulty is also known by many names:

Between 6 and 8 million people in the United States have some kind of language impairment. This includes adults with acquired language problems from things like brain injuries and strokes.

About 1 in every 20 children has symptoms of language impairment.

Children with language disorders do not understand and/or produce language (spoken and/or written) at the expected age levels.

A Receptive Language Disorder is when a child has difficulty understanding language. They have trouble comprehending when they listen or read.

An Expressive Language Disorder is when a child has difficulty talking or expressing his/her ideas.

This difficulty in talking is not because of "how" they are speaking or saying the sounds (articulation), but because of "what" they are saying (form, content, and function).

If you have ever learned a second language then you know what I am talking about. I took 4 years of Spanish in high school.

Even though I can hardly speak Spanish, I can still understand quite a bit.

You could say I have a Spanish "expressive language delay!"

It is difficult to generalize about children with language disorders because every child is different.

But a child with a language disorder may have some of the following problems:

Language difficulty may not always be obvious!

It can be hiding behind many other problems that often make the child look like they are just a "behavior problem", or that they need "more discipline", or they need an "attitude" change!

Many children get labeled this way without knowing the problem behind it.

On the flip side though, many children with language disorders become "trouble-makers" in class because they are off-task, distracting others, bullying, being silly, lacking help, and struggling to succeed.

Here are some of the behaviors often mistaken for a "bad student" or a "not trying student" that can indicate an underlying language impairment:

Language is a code that we learn to use in order to communicate ideas and express our wants and needs.

Reading, writing, speaking, and gestures/facial expressions are all forms of language.

The language code is made up of rules that we all share and must follow to communicate well. There are rules for:

This is why we can make up our own language or learn to speak new languages.

We just have to learn the vocabulary and follow the rules.


A child with a language disorder can have any combination of delayed skills within form, content, and function.

Some children have deficits in all of them and others can develop language normally but have gaps or holes.


These can be the hardest to detect.
That is why it is important to have a certified Speech-Language Pathologist complete a full evaluation to identify all the skills that are impaired.

Most children begin developing language naturally at birth. Hearing, seeing, understanding, and remembering are all skills that are necessary for learning language.

Children also need to be able to form speech physically.

Despite having all of these abilities, some children don't acquire language normally.


Language disorders are different than overall delayed language.
With delayed language, the child develops speech and language in the same way as other children, but later than expected.

With language disorders, speech and language do not develop normally. The child may have some language skills, but not others. Or the way the skills develop is different than usual.

Most of the time, the causes of language problems are unknown and is called a developmental language disorder.


It is not usually due to a lack of intelligence.
Some of the known causes include:

What does it affect?
What an SLP does to help?
What can I do about it?

Back to top of language disorder page