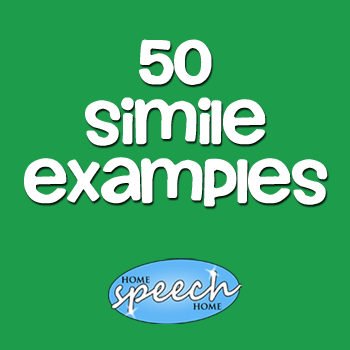 Here are 50 simile examples for kids for your unlimited use.

A simile is a comparison using the words "like" or "as". Anytime you compare 2 things using "like" or "as" you are using similes to do so.

See below for examples of this.

If you know others who can use our lists...

This list of simile examples for kids was professionally selected to be the most useful for a child who has difficulty with this language principle.

This is not enough time or practice for someone to strengthen their understanding of this important language concept.

Every day that your child goes without practice it becomes more difficult to help them.

We know life is busy, but if you're reading this you're probably someone who cares about helping their loved one as much as you can.